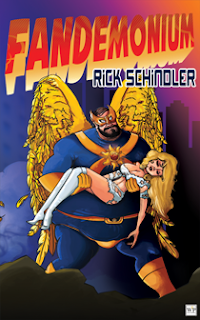 Ray Sirico used to have it all. Once, he was the brilliant and outrageous Clown Prince of Comics, who reinvented the venerable superhero Skylord, and ranted and rollicked everywhere from TV talk shows to Hollywood premieres. But that was in the ’70s and ’80s. Now it’s 1993, and Sirico is a drunken has-been. His wife has left him, his movie flopped, and his comics’ publisher is doing so poorly that its new corporate parent has come up with a radical marketing stunt: the Death of Skylord. Still, Sirico has one last chance to recapture the limelight: Fandemonium, the nation’s biggest fantasy convention. But others are coming to the con too: Harmony Storm, the sex-crazed actress who broke up Ray’s marriage; his former collaborator Tad Carlyle, who now has his own company, and a troubled relationship; Fred D’Auria, a fanboy fleeing adolescent traumas, and corporate conspirators who are plotting to sacrifice Sirico’s greatest creation for motives deeper than even his fevered imagination could conceive. Together, antihero Sirico and his superhero Skylord stand at the crossroads of comics and commerce, where quirky creators, fervent fans, conniving businessmen and preening celebrities converge. Deal-making, drug-dealing, lovemaking and truth-telling all collide at the riotous climax of a fateful weekend that leaves no one unchanged.
Fandemonium uses the colourful world of comics and fantasy as a microcosm and metaphor for media consolidation and the excesses of global mass culture. It is at once a hilarious satire of business and society, a portrait of an artist no longer young, and a sometimes poignant look at a universal challenge: to grow up, face the world, and put away childish things.
Amazon US | Amazon UK | iBooks | Kobo
Paperback Purchase Links
Amazon US | Amazon UK | Wordery | Wattle Publishing 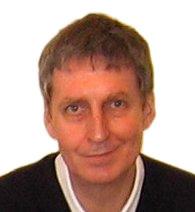 Rick Schindler is an award-winning journalist and a lifelong comics fan and collector. He is an editor, writer and producer for NBC News Digital. He lives in White Plains, N.Y. Fandemonium is his first novel.
Website | Facebook | Twitter
Wattle Publishing
Wattle Publishing is an independent publisher. We publish fiction, non-fiction and poetry. www.wattlepublishing.com
Facebook | Twitter 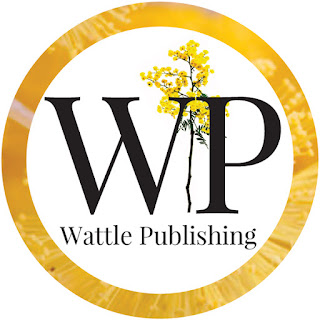 a Rafflecopter giveaway
This Event Is Brought To You By