I have a special treat for you, my friends! I was able to conduct a short, yet very interesting, interview with the lovely Darci Manley. Her debut novel, Ash, is available today! Links to purchase are down below. First, let’s explore the interview!

How long have you been writing?
I’ve been writing semi-seriously since college. My undergrad degree is in creative writing. Since then I’ve tinkered with one thing or another – short stories, longer stories, even interactive stories. My first full length story that made it into the world is called A Defender’s Tale, which is a Choose Your Own Adventure story for the ipad. My day job is as an interactive designer, so this was a merging of all of the things I love. ASH is my first traditional published novel.

Where did your love of books—both reading and writing—come from? Was it instilled in you by a parent or teacher, or did it just come to you?
I come from a family of big readers. We all actually share a kindle account. if you asked any of us our idea of a perfect day, it would definitely feature getting lost in a book. In high school I had a tough as nails (shout out to Mrs. Fellers!) English teacher that had us do a lot of journaling and short story writing. That is where my love of writing really started.

What inspires you?
I live in NYC – it’s one of the most exciting and overwhelming places in the world. There’s so much energy in this city. Whenever I walk down the street I always feel like anything can happen. I have also been lucky enough to marry a born storyteller, though a different kind than me. He makes video games for a living and also happens to be my Dungeon Master (for all of you Dungeons and Dragons nerds out there.) I love coming up with ideas and hashing them out with him.

Who are some of your favorite authors that you feel were influential in your work? What, if any, impact do you think they’ve had on your writing and writing style?
I read a lot of everything – from Stephen King to Jane Austen to Malcolm Gladwell. But if I picked one primary genre it would be fantasy – Robert Jordan, Scott Lynch, Brandon Sanderson, Robin Hobb and Patrick Rothfuss are a few of my bffs. I like creating worlds and epic adventure stories – to date they haven’t been as high fantasy as what these authors create, but there are plenty of stories rattling around in my head that could be.

Characters often find themselves in situations they aren’t sure they can get out of. When was the last time you found yourself in a situation that was difficult to escape, and what did you do?
Just the other day I found myself in the dreaded Brooklyn Post Office line. It was endless. And terribly unfriendly. So I listened to an audiobook. Peter Clines’ “14”. Now THAT is what I call escapism!

First, I just have to comment on the Post Office. Oh heavens, that cracks me up! Especially this time of year. I can totally imagine the Post Office in Brooklyn being a zoo. I’d want to stay as far away from it as possible! Heck, even in my small town of Parker, Colorado, I want to avoid the PO this time of year! But if I have to go, I’ll have to remember the tip about listening to an audiobook. Genius!

I also absolutely love the fact that Robert Jordan and Brandon Sanderson are listed in her favorite/influential authors list. They are two of my very favorites, too!

Destiny is pre-determined. It is strictly monitored. It is unchangeable. Or is it?

Madden Sumner’s life is a whirlwind of privilege and perks. Born into the elite Purple ring, she is fated to be a Minister of the Seven. Although her position comes with the burden of great responsibility, she’s nothing if not confident in her future. After all, Destiny Specialists have determined how she will fulfill her life’s purpose, and they are never wrong.

Her classmate Dax, an Ash, is clinging to the opposite end of the spectrum. While everyone around her knows what destiny awaits them, Dax’s fate is… missing. Isolated and ignored, she refuses to let her lack of status define her.

For their entire lives, the government has told Madden and Dax where they will live, who they will love, and who they will be. Yet after a stunning twist of fate, Dax and Madden’s paths collide in ways neither could have possibly imagined. The two are forced to question their own past, present and future as they realize who they are is not necessarily who they were meant to be.

Ash, the first book in the Destined series, is an unforgettable journey into an alternate future which will leave readers wondering just how much we can control our own fate.

Destiny is calling. Will you fight for yours? 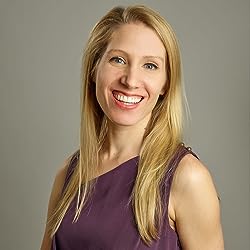 Darci Manley is the author of ASH, the first in the Destined Trilogy (destinedbooks.com). She is also the creator of A DEFENDER’S TALE, a personalized, interactive Choose Your Own Adventure tale for the iPad (adefenderstale.com). Darci can often be found with her nose in a fantasy book of some sort – you know, the kind with maps and things. She lives in Brooklyn with her video-game obsessed husband and very fluffy cat.